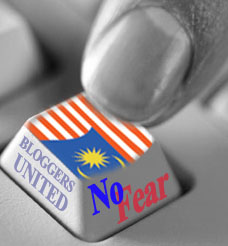 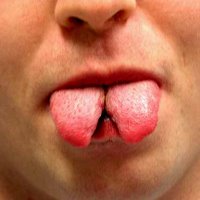 WHILE Malaysian cuisine can hardly be considered the most inventive, a visit to your neighbourhood Mamak restaurant or Gerai Tomyam would reveal a few surprises. Many of these popular eateries feature dishes that might be born from traditional recipes, but have been given a slightly different, and novel, twist.

I’ve tried Roti Pizza (Roti Canai, topped with ingredients like ketchup, sausages and mixed vegetables; no good), Teh Ais blended (the usual drink, but thrown in blender and costs three times the price; not bad) and Nasi Goreng USA (fried rice, but with udang, sotong and ayam; quite good).

I’ve also seen, from a distance, Roti KLCC; scary twin towers made of Roti Canai dough, complete with a connecting sky bridge. Even scarier: it was an adult who ordered it.

Some of these dishes are more about novelty than taste, but they do offer a nice change from the usual fare. Here are some of the more creative ones I’ve come across:

• Thosai MBPJ: Same as the usual thosai, but shaped like a billboard, complete with branding marks made with a special griddle. Despite the additional revenue, however, these thosai are still priced above the regular ones.

• Roti Mawi: Don’t tell anyone, but it’s just regular Roti Canai. But since it’s endorsed by the popular singer, his legion of fans rush out to order it anyway.

• Mee Goreng Sepet: Noodles stir-fried with a mix of Chinese and Malay ingredients. Culinary purists, would refuse to eat it, saying it corrupts individual cuisine. Some might even go as far as labelling it "pencemar makanan".

• Mee Rebus Rempit: I don’t think this is new, but has suddenly become popular. The mee is served first, followed by an acrobatic chef pouring hot gravy over it while doing all sorts of acrobatic stunts. A few accidents have happened before, prompting authorities to clamp down on the dish. But until today, it is still served openly.

• Roti Kuala Lumpur: Roti Canai torn to pieces, covered in a messy slop of dhal curry. It used to be called Roti Banjir, but restaurants decided the new name was a little more unique, and just as apt.

• Roti Baghdad: A spin-off from Roti Kuala Lumpur, except that it’s half the portion size, and covered in sambal instead of dhal.

• Ikan Bakar Steve Irwin: Some tasteless restaurateurs have decided to profit from the Crocodile Hunter’s death. It’s grilled stingray, in case you haven’t figured that out.

• Sup Nazri: Essentially, a soup made with cupfuls of cili padi. Always served boiling hot. It’s so hot, many have walked out of the restaurant in protest.

• Nasi AirAsia: For those on a budget, this very, very affordable rice dish is an ideal meal. The only downside is it often takes hours to arrive, and looks suspiciously like plain white rice.

• Teh Tarik Special: This is the same sweet beverage we all know and love, but now with sugar being such a premium product, it is now rebranded, complete with a higher price.

• Naan George Bush: Very, very large piece of naan that threatens to cover all the other dishes ordered.

• Kari Tony Blair: Beautiful-looking but bland curry that is served only as an accompaniment to Naan George Bush. I don’t think I’ve ever seen it on its own. Some restaurants call it Kari John Howard.

• Mee Goreng Siti: One of the most ornate dishes I have seen at a mamak restaurant. Served on fine bone China, and prepared with the finest imported ingredients. Used to be available in single portions, but is now served only for two.

• Roti Singapura: Slices of white bread neatly arranged on a plate, served only with pre-approved accompaniments.

Those seeking to add different flavours could have their food taken away from them.

• Nasi Goreng Politikus: It’s a cake baked with kaya.... oh, did I say nasi goreng? No I didn’t. I was misquoted by the Press. And no, I won’t apologise for what I said. - NSTP


Off course, lets not forget the "Roti Pak Lah" and "Roti Mahathir" joke circulating. Yes, one is the common Roti Canai Kosong and the other is your ubiquitous fast disappearing breed of Roti Canai Bertelor. I'm sure you can figure out, which is for which ... hehehe
Nukilan Husin Lempoyang Pada 7:01 PTG 3 ulasan: 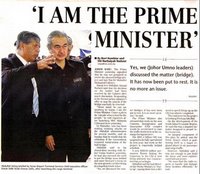 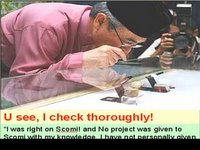