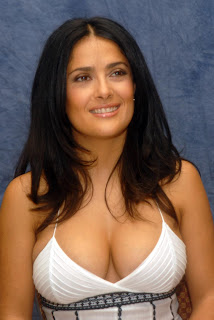 He only understood between those of Salma Hayek's as Silicon Valley
After two days coming out of "the best IAP Meeting thus far", Pak Lah was still puzzle to figure out the reaction of the participants to his presence.

One of the main speaker approached him to shake hand and said, "I hope the discusion would seriously helped Malaysia crete the new MSC, MSC Malaysia, into a new Silicon Valley."

Pak Lah puzzled but politely relied, "Yes, goodwilling. We hope to do so. With your investment and technical assistance, we hope to. There is opportunity for all of us."

The man politely left. Pak Lah continued with his hand shake and small talk routine still trying to figure out what is Silicon Valley. As soon as he enters the car, he asked his accompanying aid, "Apa dia tu Silicon Valley?"

His Aid gave a technical description of the American Silicon Valley.

When the Clown Chair A Meeting

The Bernama headline screams "It was The Best IAP Meeting Thus Far, Says Abdullah". Husin Lempoyang is shocked! Why is Husin Lempoyang, the merchant from Cairo and the man who made more money from selling men than camel, shocked?

Off course, I am shocked. Pak Lah is a dunce. What does he knows about IT? How many IAP Meeting has gone to see it is the best? 1 or 2 times? Husin Lempoyang forgotten that he is a RM1 trillion trade man.

Husin Lempoyang got words from his spy, disguishing as a Mat Salleh and Malaysian portal operator. This is the testimony of our operative that attended the recent 10th MSC Malaysia International Advisory Panel (IAP) meeting at the Putrajaya International Convention Centre.

"Tun Dr Mahathir Mohamad’s Multimedia Super-corridor or MSC is not known by that name anymore. Senior Government staffers say that Abdullah Badawi wanted a new identity to be created to erase any links between the MSC and its founder, Tun Dr Mahathir. The Multimedia Super-corridor is now just called ‘MSC Malaysia’. On the more practical side, the change of name entailed the award of lucrative contracts to advertisers, printing new logos, new stationery and repainting vehicles and buildings. A massive amount of money changed hands. 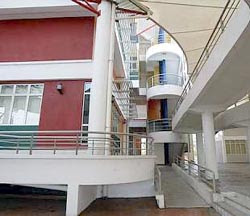 When a Japanese delegate spoke of the need for Malaysia to develop a ‘blue ocean’ strategy for the next phase of IT development, the Prime Minister interrupted him to say that he had seen a book about ‘blue ocean strategies’ and that he knew the author. He did not say if he had read the book though.

When an American delegate made the same suggestion, that Malaysian IT should aim for a ‘moon shot’, meaning to really take IT development sky high, our Prime Minister again interrupted to ask, "What is a moon shot?" 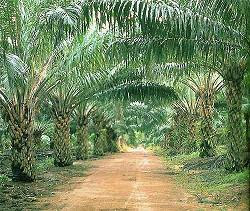 Felda scheme as effort to empowering rural community with IT?

When the discussion turned to broadband penetration, the digital divide and empowering rural communities through IT, the Prime Minister said that poor people in the Middle East and Africa did not own land. He said that in Malaysia this problem had been overcome through land development schemes like Felda where the poor were given free land to plant oil palm. For delegates who were puzzled about the relevance of land development at an IT conference, the Prime Minister wrapped up his intervention by pointing out that, "Oil palm is the tree and palm oil is the oil." (I am not making this up okay?)

This summarises the two full days the Prime Minister wasted at the IAP. Malaysians can console themselves with knowing that he did not waste two full days elsewhere where he could have done some real damage - like in his office.

Earlier, while reading his opening speech from a script which he had obviously never seen before, the Prime Minister fumbled when he missed a line. Having lost the flow of the script, he started reading the same sentence again. He still fumbled and had to stop reading. Again he had to read the sentence from the beginning. He fumbled yet again and this time became visibly embarrassed. By his third attempt, the large conference hall had become deathly quiet and everyone was squirming in embarrassment as well. Finally, with everyone’s prayer and positive energy focused on the bungling Prime Minister, he was able to complete the sentence. 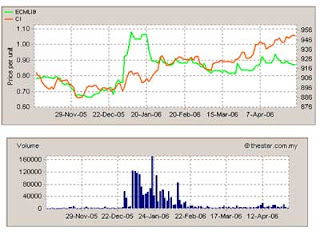 Talking about stock market, does he remember this chart? Fat chance ... I don't know, I am not involved 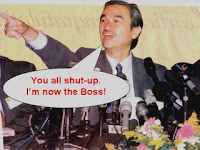 By the second day, without any real leads from Abdullah Badawi, the IAP delegates engaged in shop-talk directly across the floor, leaving the Prime Minister even further in the dark. The role of the Prime Minister of Malaysia as the Chairman of the IAP was reduced to picking out delegates who raised their hands to speak.

The IAP meeting is becoming a farce. Government people say despite the free travel, food and lodging, many invitees just refuse to attend the IAP. The likes of Bill Gates will not be seen anymore. The attendees are now mostly low key General Managers, Vice Presidents and small businessmen who absorbed the Prime Minister’s rapt inattention for two days.

Although over 200 so-called ‘recommendations’ were listed, no major resolutions were tabled. Nothing was decided upon. There are absolutely no action plans arising out of this IAP meeting. The entire IAP meeting was just a PR event, an opportunity to have their pictures taken and carefully crafted stories appear in the newspapers the following day, to be read by villagers throughout the country. Well we all know this already. The IAP members know it too."