We thank you very much for giving us a good laugh these more than 3 years. Your Member of Parliament have been excellent in lightening us with much humour and his zany act.

Seems you have been blessed with new highway, new UiTM campus, housing development, Agusta maintenance facility, factories, agriculture, and many more new facilities and opportunities. By the look of it, Kepala Batas is not a kampung but dreaming of being the Putrajaya of the Northern Region.

Now that you got what you want, you definately want someone better and funnier.

I understand many of you couldn't find someone better than him to replace. Have no fear. Ah ... we found someone and almost like him and funnier. Even on poster look similar, so you won't miss him. 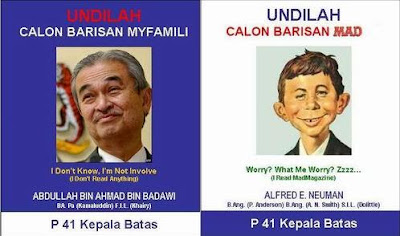 If you a Malaysian citizen, 21 of age, and confirmed residence of Kepala Batas, you can vote for the more funny Alfred. But, if you are not registered yet, bring your IC and go to the following to fill Form A. 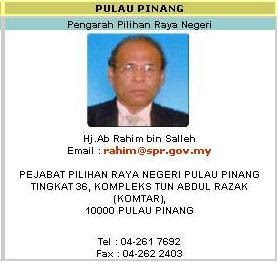 Keep a copy of the form as proof of your registration. Follow up and you can check on this web address: www.spr.gov.my

What?! You don't want to change?
Aisay, cakap baik-baik tak mahu dengar. ;-0
Do you remember what happened, after your local boy made Prime Ministership? Well some spirit gave you an omen of what is to come.

Look at the picture … 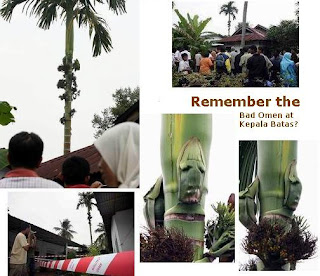 If you don't want to change him, more hantu will come to spook you and the rest of the country. :-/
Why don't you rid of the hantu and get a funnier MP? And, not to be a Kepala Bana! :-)
Husin Lempoyang
Merchant from Cairo
Nukilan Husin Lempoyang Pada 4:10 PTG Tiada ulasan: 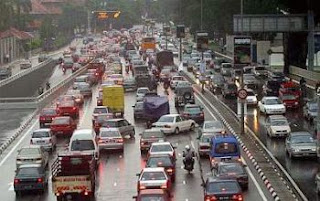 Damn this traffic jam!
We need ...
More highway, and upgrading of existing ones.

Can help revive economy
Company cutting back and closing up
Lay-off and jobless
Crime
Gangster need to be catch
Work and responsibility for the Police.
Work for Jo ... to do

Government got no money, Pak Lah say.
People want highway but you pay more
Fed-up, demonstrate
Some kena tangkap
Ada mahu keluar so more
More work and responsibility for police
More work for Jo ... to do

Is Jo happy or sad with so much work?
Susah
How can I we read this man? 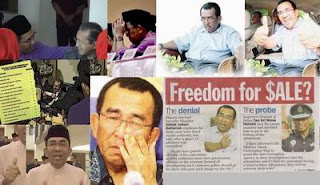 Khairy has been doing all sort of thing and not settled in with a job. His diplomat father, Dato Jamaluddin (make sure its with 2 d, press people) and svengali mother, Datin Rahmah were getting worried. He was born during the father's stinct in Kuwait, grewing up in Japan, schooled in Singapore, and did varsity in England.
He was quite intelligent and articulate. But he is still unable to decide about his future career. Off course, a cub reporter at Economist and ticket boy doesn't call one as journalist or fund manager.
The father decided to do a small test. He left behind a ten-dollar bill, a book, and banana at the living room table. Then he took the mother into hiding and pretend they are not home. The father's plan was: "If our son takes the money, he will be a businessman or professional. If takes the book, he follows the book like a Government man administrator. But - if he takes the banana, I'm afraid will be a reckless playboy."
So the parents hid in the nearby closet and waited nervously. Several images of the son cropped into her mind ... 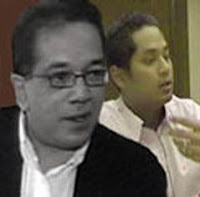 The Professional or Businessmen 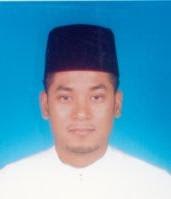 A Government Administrator (geeky ain't he?)

but please not a playboy ...

Peeping through the keyhole they saw their son returned home ... the son saw the note, the book, and the banana. With one swope, he took the 10-dollar bill, the book, and banana ... then he left for his room, carrying all the three items.

Dato' Jamaluddin slapped his forehead, stunned. Realising the reaction of her husband, Datin held his forearm, "Bang, bang, what happen? What does it mean?" She continues to pester, "Is he going to be an enterprising Government man but a playboy?"

Composing himself, he answered: "Darn, it's even worse than I could ever have imagined ..." "Our son is going to be a politician!", Dato continued. "And worst of all, we is in such a hurry he wants to be PM by 40!"

Doesn't matter which is up or down, he couldn't care less ... 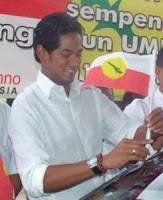 Difference between TV and handphone

At home watch TV. Go out bring hp. No money watch TV. Got money change hp. Sometime enjoy TV but most of the time play with hp. 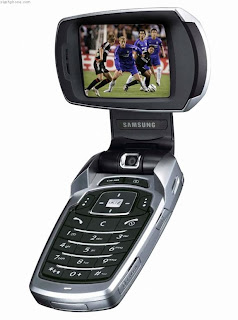 What do we make out for a handphone TV? Thats like girlfriend at home.