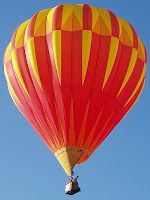 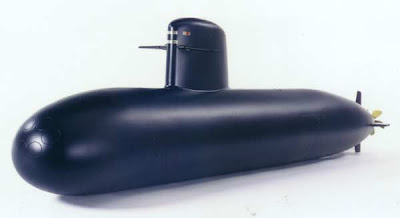 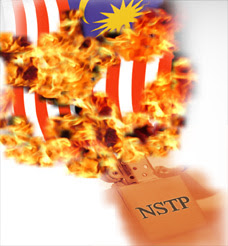 February 20th, 2007 marks the one month birthday of Bloggers United. It officially started from the day Sheih called for a Cyberwar to Boycott NST.
NST could be desperate now. People are not buying their newspaper and other publications. They would request their company to stop advertise on NST, Berita Harian and Harian Metro. Some go to the extent of boycotting TV3 and other affiliated channels.
How desperate they are? See this news excerpt below:

Putrajaya schools to use NST

Schools in the federal administrative capital will be using the New Straits Times as part of their learning tool, thanks to Alliance Teamwork Marketing Sdn Bhd.

The company is sponsoring the newspaper to 13 schools under the NST School Sponsorship Programme.

The year-long sponsorship is worth RM42,640.

Some believed that it could be only two things. One, its a long term corporate plan to invest in readers through a scholarship program. Two, it could be a long term plan to develop future news spinners.

Well, I hope NST has deep enough pocket to finance its future readers and spinners. Give us 6 months and we will turn them into Bloggers ... hehehe.

By the way, Rocky will be at the Denmark House court on Thursday February 22nd, 2007 for his court proceeding. AT 2:30 p.m., there will be a cake cutting to mark this joyous one month occasion.
Nukilan Husin Lempoyang Pada 12:57 PG Tiada ulasan: 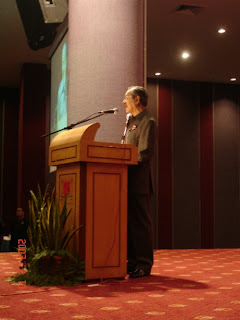 Since raising the Proton issue early last year, Tun Dr Mahathir has been going around the country delivering his criticism of the current adminsitration.
The defiant Tun went to the extent of contesting for a seat as delegate for the UMNO general Assembly. He lost allegedly due to high level conspiracy and money politics.
The weekend before the UMNO GA, he was about to deliver his speech for JB. However, he had a mild heart attack and rested for quiet a while. He was requested to rest for some month or two.
After a while, many of these aggitators have become restless. "We don't even know if Mahathir is still talking about politics. It seems he has finally rest his gauntlet", they say.
Since then, Dol has become bolder and more reckless. Some believed he has got himself a new boat. He has been enjoying himself with long holidays, yachting, golfing and a socilite cajoling with Hollywood stars. He has got himself a new private jet.
When he heard this rumbling on the ground, the good Tun decided to send Dol a letter and doodled something on a piece of paper. This sort of alert him that he is still in the game.
Dol received the private letter from Tun and openned it. He can't understand it since it written in code message.

Dol was baffled, so he sent the letter to not-my-adviser KJ. KJ and his band of Tingkat 4 couldn't figure it out. It was not in their textbook and never taught at Oxbridge.
He thought he should give respect to the HP6 Minister before sending it to the intelligence people to decipher. Not that he expect anything out of them.
Subsequently, the letter reached the FBI, but they couldn't figure it out and it was sent to the CIA. The CIA gave up and sent it to the Brit. Even MI6 didn't get anywhere with it, and they sent to Mossad. The brilliant Tun's message was even no feat for the Mossad.
Finally, Dol decide to ask for the help of the Singapore Intelligence, through Kali. Within minutes after e-mailing it to Singapore, Kali forwarded the SMS response from Singapore.
"Tell the Prime Minister he's holding the message upside down."
By the time Flip Flop man Dol could understand the message, Tun already delivered his speech in JB February 10th recently. BigDog, A Voice , and Berita KMU gave quite a peek into what transpired there.
This joke was originally posted on Forum KMU by "bossconsult".
Nukilan Husin Lempoyang Pada 12:22 PG Tiada ulasan: 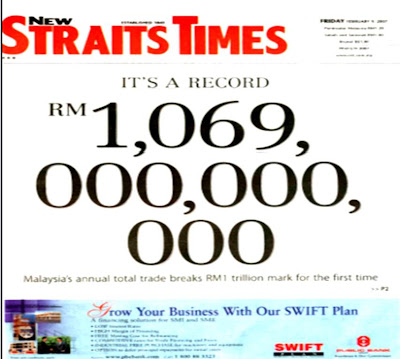 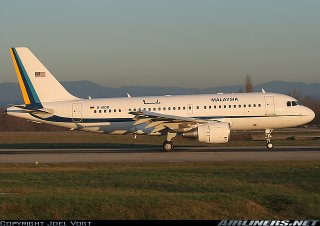