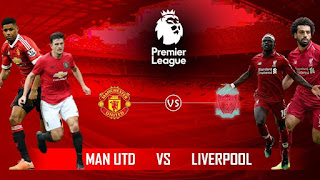 So much debate after last night’s 1-1 draw between MU and Liverpool. Here’s what our politicians have to say about the match:

1. Tun M: Liverpool are a lazy team. They always expect handouts. How to improve? They want everything on a silver platter and when they don’t get it, they cry foul and blame everyone else except themselves.

3. Anwar: They have been promised the title latest next year. I have been told they definitely will be given the title by next season.

4. Syed Saddiq: I am inviting the MU team for dinner and will ask them to concede defeat to Liverpool. If they don’t, we should all boycott MU.

5. Maszlee: From next year, all teams must start wearing black boots and white socks.

6. Guan Eng: It’s Najib’s fault because he bribed the referee to make sure Liverpool doesn’t win. Don’t blame me.

7. Kit Siang: We need a White Paper to determine why Liverpool were not allowed to win.

9. Azmin: The VAR on Liverpool’s disallowed goal is a fake video. Liverpool actually scored (so did I).

10. Kula: We should train and import more Africans so that next we can make sure Liverpool will win

11. IGP: We will take action against the referee because there is a speculations about Najib from Guan Eng.

12. Latheefa koya: 1MDB money been missused to bribe the referee. We will freeze his family account